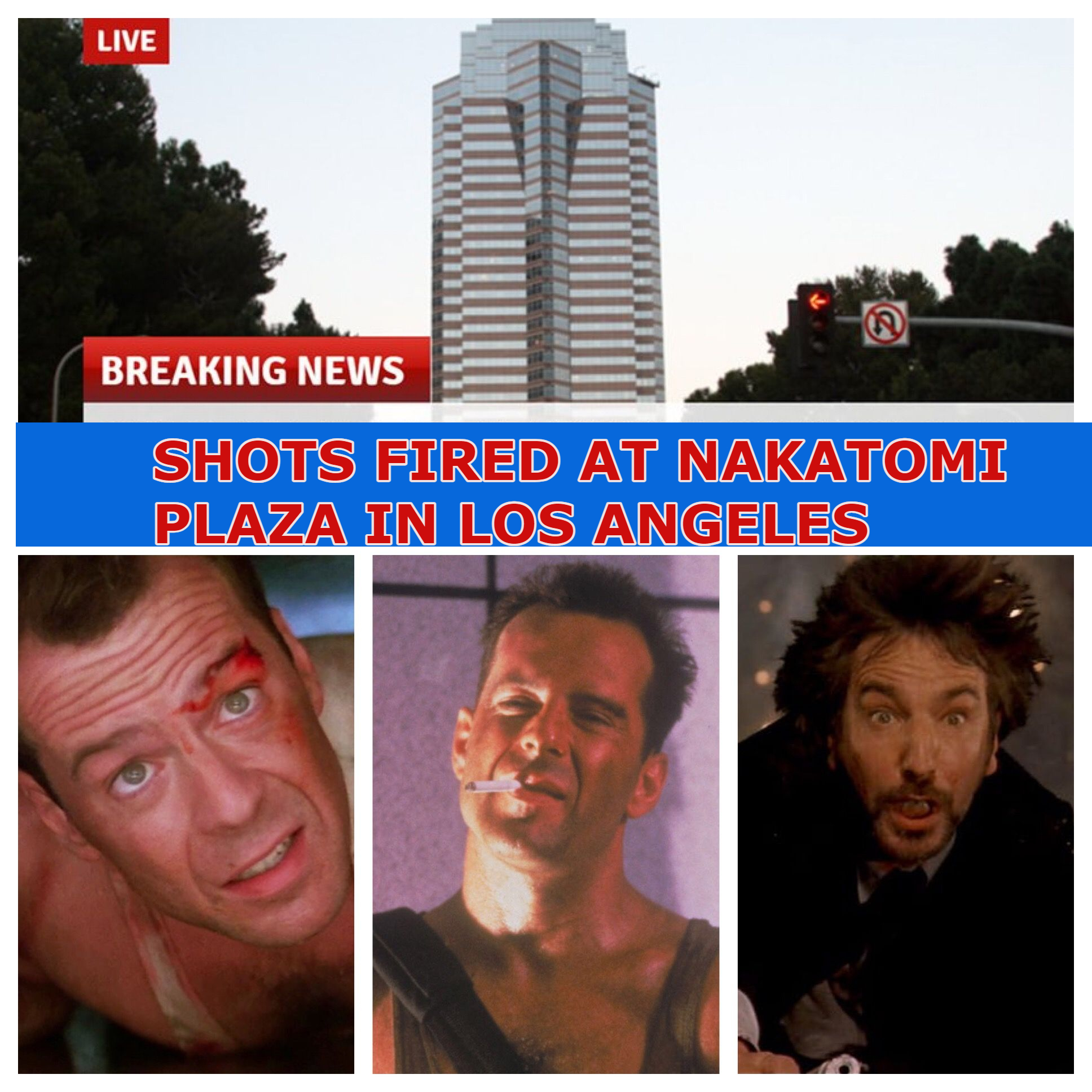 The City of Century City, the CA-LAPD, SWAT the CA-LAPD, SWAT, and FBI are all surrounded by Nakatomi Plaza at this hour following an incident in which the LAPD officer was fired at. Sergeant Al Powell had stopped by the building following what was initially reported to be an alarm that was false at the top of 32 floors.

Sources at the scene have confirmed that there was an office Christmas celebration taking place on or near that level , and they are the only hostages known at the present time.A few minutes later, in what was thought to be an act of prank, a phone call was made by local police. The person who made the call via a police band that was restricted claimed that terrorists took to the structure and killed at most one hostage.

A person who is a civilian took this picture of an armed man who is on the floor 32. It’s not clear if this is an intruder or one of the hostages

Update: A facial recognition program has identified the person in the picture as a former police detective John McClane but “He clearly looks like a crazed hostile,” one person who saw the photo said.

The sources we have spoken to will communicate together with Sergeant Al Powell (pictured below) to provide updates as new details come to light throughout the evening.